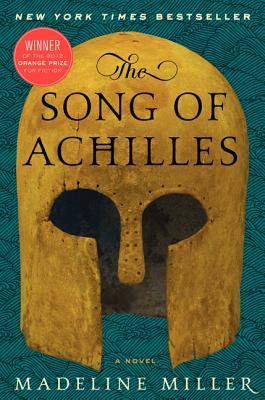 Gay mythology as it always should have been.

During that prime time of the Greek Mythological age we all learned about in school, we now learn of Patroclus, a boy cast out by his father and exiled to the court of King Peleus. Patroclus is small, terrible at fighting, and is a bit too gentle to be a great warrior or hero. While under the watch of King Peleus, he makes a friend in Peleus’ son, the famed Achilles. Achilles takes a liking to Patroclus and takes him in as his confidant and friend, keeping him close and traveling with him for years despite complaints from Achilles’ mother, a sea goddess who seeks to protect her son no matter what.

Though they live together for many years with a centaur teacher, both boys must eventually join the fight in order to bring the famed Helen back from Troy. Their relationship grows from curious teens into full blown relationship among the backdrop of the Greek and Trojan war, and the choices they have to make for their relationship as well as for the good of those they are fighting for.

I wish I loved this book as much as everyone on the internet seems to. Don’t get me wrong; I loved it, but I didn’t think it was soul crushingly perfect and would put it in my top 10. I’m glad people do! It’s great! But there was something about it that held it back to being top tier for me. I wish I knew what it exactly was, but I think Patroclus and Achilles were lacking a bit as characters. Something about them read a bit too boring to me, and up until the last quarter of the book when the battle truly built up, Achilles didn’t have much of a personality. We definitely get more personality out of Patroclus, mostly because everything is from his point of view, but even he was a bit wooden for me. It made it harder for me to really invest in their love story.

I did not realize until reading the book (and reviews) that Patroclus was a real figure in Greek Mythology, so perhaps some of the nuance of their relationship was missed on me and I totally acknowledge that.I’m glad this book exists and took a different view of the Greek characters that differs from what we were spoonfed in high school, I just wish it connected with me more. That being said the writing was excellent and compelling through the entire journey. I really enjoyed reading the book, even if the characters fell a bit flat for me, and I will absolutely seek out Circe by this author.

Read Alikes:
The King Must Die by Mary Renault
The Lost Books of the Odyssey by Zachary Mason
The War That Killed Achilles by Caroline Alexander
Helen of Troy by Margaret George
The Silence of the Girls by Pat Barker
The Penelopiad by Margaret Atwood