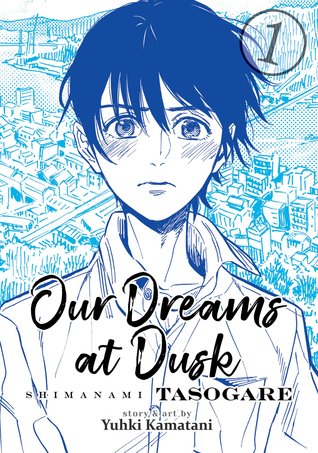 This is a hell of a manga. The minute I put it down I wanted to order volume 2 and read it immediately.

Tasuku Kaname is the new kid in town being repeatedly bullied, mostly because some of his classmates think he’s gay. When he reaches his breaking point he decides to jump to his death, just as he sees a young woman jump from a cliff. He runs to find her and instead finds a drop-in house, where people dealing with their own problems can come together, be who they are and not be judged. He finds the jumping girl, Someone, there, and she is an enigma, as well as perfectly fine with no injuries.

At the drop in house, Kaname meets other LGBT individuals, all going through their own traumatic experiences and facing their demons. A solid portion concentrates on a lesbian named Daichi who tells her story about coming out, as well as a bit about her partner.

As a queer person, this manga really reflects a lot of the feelings one has growing up. Be warned; there is absolutely homophobic language in this so if you may be triggered by that, read at your own caution. I read this so intensely the only note in my notebook says “my gay heart.” It crushed me, but in a really fulfilling and important way, and I think everyone should read this.