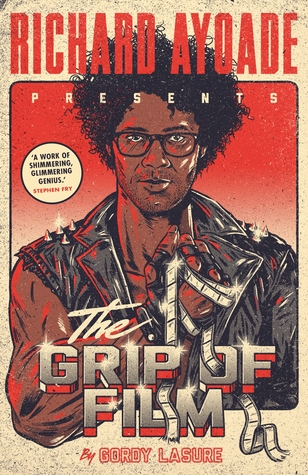 If Richard Ayoade asked me to do anything I’d probably say yes.

That being said, I’m not sure if I really got this book. Or perhaps I should say I got the reasoning behind it, but the execution didn’t work for me as well as I had hoped. It’s a satire on Hollywood, the film industry and it’s related tropes, all set in the voice of Gordy LaSure, a fictional film maverick. He’s a big fan of the 80s/90s style blockbuster action movies and doesn’t have much time for anything else, and sadly it makes the book feel a bit one note to me. I know it’s satire, I know it’s all making fun of the movie making machine, but after the 8th ‘haha women are ridiculous aren’t they!?’ joke, you kinda get the point. Ayoade references the fact that it is repetitive, but just because something is aware of it’s faults it doesn’t absolve them. It’s not a bad book, I felt like it just suffered from doing the same jokes over and over again and although the book is a pretty short and easy read, (there’s so much unused space, it’s a lot shorter than the page count suggests) a lot of the sections felt repetitive for me. I did however love all the comments that Richard Ayoade added in the footnotes as addendum’s to Gordy’s rants. It’s a funny book. There’s a great Campbell soup joke in there somewhere that I can’t remember now, but reading it in small chunks would probably be better than trying to plow through it and might help fight off some of those repetitive jokes I was speaking of. Still, Ayoade is a genius and I love him.