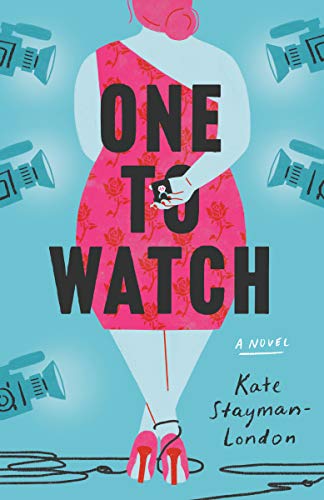 Bea is a plus-size fashion blogger who has thousands of followers and very strong opinions. She goes on a rant on Twitter about a show called Main Squeeze, basically The Bachelor with a different name. She criticizes the people on the show, mostly for the lack of diversity and the lack of women who are anything above a size four. After her rant goes viral, a shake-up at the production company leads for a woman to be placed in charge and her first decision is to convince Bea to become the next Main Squeeze.

Bea agrees to go on the show under the promise that she doesn’t fall in love, but things become more and more complicated as the series goes on. She ends up falling for Asher, a single dad, but Ray, her ex cheated on his fiancée with Bea comes back into her life and she has to decide what she really wants.

This book was a weird hit and miss for me, I don’t really know how I feel about it if I’m honest. Overall I did enjoy the premise a lot, the writing was amusing and had some good quips and banter, and I found it to be a pretty easy read, even if it was a bit too long. That being said, I can’t honestly say why I didn’t LOVE it. I should, by all accounts. I love a good plus-size romance, I love Reality TV shows as a setting, I love dealing with body acceptance, but man I just did not like Bea as a character. I think it started off when she openly slept with a man she knew was engaged and then was Pikachu meme levels of shock that he turns out to be a piece of shit. Like yeah….that’s obvious girl. And I get being blinded by love, I understand emotional manipulation, but Ray never seemed to be manipulating her or gaslighting her, he just seemed like a standard gross piece of shit. I don’t know. Even overlooking that, Bea was all over the place for me, which again, I can understand in terms of a character trait, but it doesn’t necessarily make it a fun read for me. I did really enjoy all the side characters, I thought the different men Bea was set up with were all fun to read about, as were her friends and family, so that was a plus.

This one was just okay for me. I didn’t hate it, but it wasn’t a stand out favorite romance for me. I’d probably give it a 3.5 out of 5 stars. To be fair, I think this would make for an amazing Netflix original movie or something along those lines. There’s a lot of good in this, and I think seeing it visually would make for a good time.