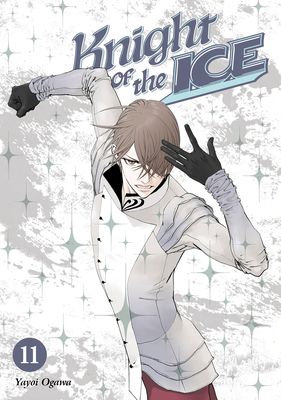 I went into this not knowing it was the last volume of the series, and while I am sad that it has ended, it went out in a great way.

We begin the volume where we last left off, with Kokoro at the Olympics.  Chitose is at home after deciding to undergo her surgery rather than attend the Olympics as it will improve her quality of life, yet she’s still terribly worried about Kokoro. Kokoro, of course, performs really well, and it leaves the book on a real high note. While *spoiler alert* he isn’t the gold medal winner, he makes the podium and makes himself and everyone else incredibly proud. He hits a quad, the move that’s been eluding him all season long, and Chitose gets updates from her room back in Japan.

Once his Olympic games come to an end, we get some great resolutions for his and Chitose’s relationship as well as some of the side characters such as Anna and Louis. Kokoro also has a serious conversation with his father, informing him that he is his own man and will be proposing to the woman he loves, not to who his father wants him to marry. His mother steps in to handle his father’s anger, and of course, we know that he plans to propose to Chitose in the future.

In the last part of the volume, we see Chitose and Kokoro in the past, in the moments that led to their first meeting since they were children. It’s a sweet way to end the series, and the very last page shows us the couple together on vacation with their child.

I really loved this series and would recommend it to anyone who enjoys romance manga or even sports-related manga, as there are a LOT of explanations regarding figure skating as a sport. I will miss this one, but I think the story’s arc ended at the best possible point.